Rising to the Challenge

Countrystyle would like to offer their sincerest congratulations to British driver Nathan Heathcote who continued his rapid rise up the rallycross ladder. On July 1st, at Holjes, Sweden, he set the fastest qualifying time at one of the most competitive rallycross events in the world.

Sponsored by Water Direct, FGS Plant, FGS Agri and Countrystyle, Nathan showed great form from the start of the Swedish event, known as the ‘Magic Weekend.’ In his first year of competition outside the UK. Nathan competed 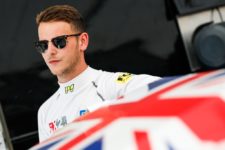 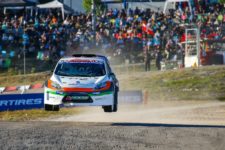 in the fourth round of the RX2 International Series in front of a 51,600 strong crowd.

The reigning MSA British Rallycross Champion battled against specialist Scandinavian drivers on arguably the most challenging circuit of the season, but had his task made more difficult by an off-track excursion in Qualifying Three.

With a record-breaking 29 identical cars racing at Holjes, the non-finish in Q3 spelt trouble for Heathcote and he entered the fourth and final qualifying session knowing only the fastest time would do if he was to progress into the knock-out semi-finals (top 12). 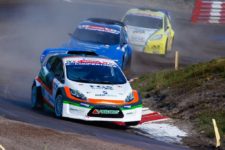 Under pressure, the Ashford driver delivered, producing his drive of the season so far to win his Q4 race and set the fastest time of all to make it into the semi-finals. Sadly, he just missed out on a place in the final after getting held up by a slower car in the semi-final, but finished the event 10th overall with a marked improvement over the opening three rounds of the year for the former Swift Sport Rallycross Champion.

“We had a strong start to the weekend, if I hadn’t made the mistake in Q3 I probably would have been through to the final so that’s a bit disappointing, but there’s plenty of positives to take away from Sweden. To get my first overall quickest time in a qualifier is a massive step forwards,” said the 21-year old.

“We tested at Holjes a few weeks before and that made it a lot easier, you know the circuit so you can push and work on the setup from the start. At most of the tracks this year everyone else except us have been there before. We’ve tested at Loheac (France) too so I’m looking forward to going there later in the year. It’s Canada next – I think for both Canada and South Africa at the end of the season people have only been there once or twice, so it will definitely make it more of a level playing field. I think we’ve shown today on a track full of Swedes and Norwegians that we can compete up the front, so I’m really looking forward to the next races.”

Three rounds remain of RX2 2018, in Canada, France and South Africa. Heathcote will compete in his first ever ‘flyway’ event on the first weekend in August at the famous Trois-Rivieres circuit in Canada, where he will again take up the fight to make his first final appearance of the season.