2018 has been a great year for Countrystyle, we have helped so many businesses in Kent with their waste management, spoken to some great people and even discovered some secret Star bakers in the office. Let’s have a look at the highlights from the last twelve months…. 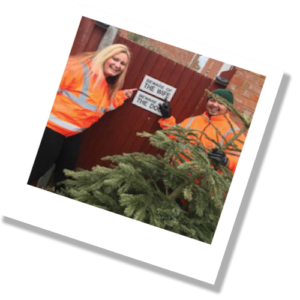 Countrystyle’s very own Birendra and Jolene kindly volunteered as part of the 19 strong fleet of vans, making their rounds to collect real trees after the Christmas season for recycling – and raise money for a fantastic cause in the process!

Reaching over 1500 homes, the campaign was a huge success. This year, the Pilgrims Hospice saw record-breaking registrations and funds raised, with an estimated figure of around £18,000 raised. This will make a huge difference to patients and help fund over a month of free expert end of life care.

Each year Pilgrims supports hundreds of local people coping with a life-limiting illness and their families. The charity offers a range of services: from end of life care given on its wards, to its new wellbeing and social programme supporting people after they are diagnosed to live well and stay independent.

Countrystyle and the Future Foundry, a Profit for Purpose Company with the aim to encourage excitement, diversity and innovation with young artists, introduced the wealth of material available in the circular economy to an eager group of young artists.

Following Countrystyle’s commitment to the environment and the local community, the young entrepreneurs visited the Ridham facility to see the extent of the volume of material available for their projects to help inspire them in new creative uses for materials including plastic.

After the visit, the budding artist designed and continued their projects revolving around the circular economy and applied what they had learnt for a final presentation. Attending on behalf of Countrystyle, Chairman Trevor Heathcote and Sonya Cragg were invited to see the final artwork and projects. 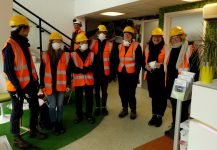 Speaking on the day, Trevor commented: “It has been interesting meeting the young artists and buzzing entrepreneurs. We were amazed at the talent on display for this final session and we are really proud to have been part of this project”

“It’s great to see a budding entrepreneurial interest in the young people of today. From what Sonya and I saw at the presentations, they have really embraced it. No matter the adversity we implore them to continue in their passions and overcome any obstacles to continue on this journey”. 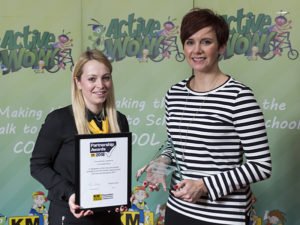 The annual KM Charity Partnership Awards 2018 was held at the Ashford International Hotel in March. The event honoured the key partners of the KM Charity Team, including Countrystyle for its dedication to the local community. Head of Sales and Marketing, Sonya Cragg attended the event and commented to the Kent Messenger:

“We support the KM Charity Team on the walk to school scheme, helping to keep vehicles off the road. Road safety is really important for us and links really well with the schools initiative programme where we go too many of the schools teaching them about three Rs – reduce, reuse, recycle. The KM Charity Team supports our ethos about road safety, and also helping to encourage recycling and looking after the environment.”

We had a brilliant Bake Off for Stand up to Cancer across our sites which raised around £150 in total. 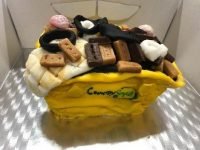 Designed by Cancer Research UK and Channel 4, Stand Up To Cancer is an annual fundraising campaign that brings the UK together to accelerate progress in life-saving cancer research. Stand Up To Cancer takes developments in the labs and accelerates them into brand new tests and treatments for cancer patients who need them urgently.

Countrystyle has some hidden star bakers (and significant others!!) who brought something in with some outstanding cakes. 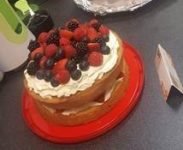 Our highlight for May was finding the owner to a lost mobile through the power of Facebook and our brilliant driver who handed the phone in.

Thank you to everyone that helped us locate the owner! The phone will be returned shortly to them! #moderndetectives #callusSherlockstyle #lostandfound #gooddeeddone

In 2014, Shelby Paton won the Countrystyle’s Christmas card competition. Now aged 10, Shelby inspired us once again with her generous campaign to cut her hair (approx. 10 inches) for the Little Princess Trust and raise money for the Dreams Come True charity.

On June 23rd 2018, she held an exciting array of activities to mark the hair cutting event. With coffee, cakes, refreshments, raffles, tombola and games to raise money. On Shelby’s fundraising page, she commented: “Dreams Come True give seriously ill children up to the age of 21 the chance to have their dream come true. Everyone has a dream and I feel that these children deserve to have their dreams to really come true. That is why I am organising this event to help these children.”

Countrystyle’s Head of Sales and Marketing Sonya Cragg commented: “Shelby has definitely inspired us at Countrystyle with her dedication to raising money (and donating her hair!) to such brilliant causes. We are really glad to be supporting her! Well done Shelby!”

For a fifth year, Countrystyle signed up for Maplesden Noakes Business Challenge. Running in its’ 12th year, this invaluable competition gives students the opportunity to work with real businesses from across Kent to complete a business challenge set. Student’s face unique challenges that are designed to give them a real insight into the world of work. As an added incentive, the teams compete to win £1000. Alongside Countrystyle, the Hazlitt Theatre, Kent Ambulance Service, Medi-1, Metro Bank, Oakwood House, and others signed up to the challenge.

Following two week’s hard work culminating in the syndicates’ final presentations to the judging panel. The awards evening took place shortly after here the winning team was presented with the prize money and the shield. 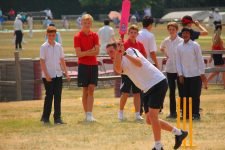 Summer of ‘18 was one of the hottest on records, but that didn’t stop over 600 pupils turn up to the Kent Cricket Ground in Beckenham for the fantastic, Countrystyle School’s Day Out with Kent Community Cricket.

Pupils from across Kent and South East London Boroughs were welcomed to the grounds to participate in a variety of cricket activities and exercises to test their newfound skills learnt with KCCC during their PE lessons.

The children also had the opportunity to see how the professionals play, as India ‘A’ and West Indies ‘A’ played day two of the tour. Spectators joined the children’s roar of cheers as the game progressed – even the match ball sponsors Kent Police joined in the fun! The next generation of Kent supporters was equipped with clap banners and met some of the players for photos and autographs in the interval.

September included the 15th annual Recycling Week to raise awareness across the UK about the importance of recycling. This year’s theme was: ‘Recycling. We do. Because it matters’ and was designed to capture attention and put across simple but important messages about why recycling matters. 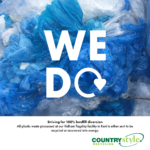 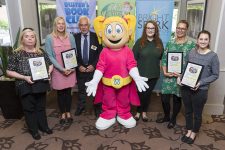 Countrystyle was proud to attend the annual KM Charity Forum which celebrated scores of award-winners from schools and charities across the county. In recognition of their good work, 50 Charities from Kent, Medway and Bexley received the coveted Charity Mark. In addition, representatives from 50 schools were recognised for their sterling activities in the fields of literacy, green travel and road safety. Winners collected Literacy Marks and Platinum Pledge Certificates to display with pride in their schools.

The event also celebrated an incredible sixteen schools who were awarded Buster’s Outstanding Partner status for their exceptional work in both green travel (including Super Wow and Green Footsteps) and the reading reward scheme Buster’s Book Club.

Countrystyle’s very own, Artic Fleet Manager, Mark Davis fully embraced the spirit of Children in Need and became the Countrystyle Pudsey Bear for the day. He successfully raised £350 visiting all three of our sites with his bucket in hand and homemade cakes. Countrystyle matched his donations and raised a total of £700! The money raised is used by Children in Need to fund a variety of projects across the UK. Many projects given grants include great causes in Kent including The Alkham Valley Community Project based in Dover who offer therapeutic horse riding and related activities to disabled children, improving physical health, better relationships with friends and life skills.

Since its inception as a BBC broadcast on Christmas day in 1927, Children in Need has helped the general public raise over £800 million! Congratulations again Mark – and the cakes were delicious!

­To know more about projects that received funding in the Kent and London region, go to: 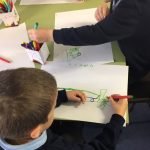 After a highly successful 2018, Countrystyle’s Schools Initiative Programme returns for 2019 with new material and more activities.

The initiative educates primary school pupils in Kent on the 3 R’s-Reduce, Re-use and Recycle. Following Countrystyle’s strong ethos of landfill avoidance, representatives attend local schools for educational assemblies and a classroom session(s) throughout the academic year. Each session is tailored to the schools existing environmental and recycling policies (if applicable) and encourages pupils to think about recycling at home and in school. Our objective is to teach Primary School pupils the benefits of recycling and most importantly how they can recycle at home. The Schools Initiative is our way of connecting with pupils, making the teaching process informative but fun. We strongly believe in the 3R’s at Countrystyle and we are proud to work with Kent Schools.

All material is provided by Countrystyle for the classroom sessions, including giveaways and reward stickers.