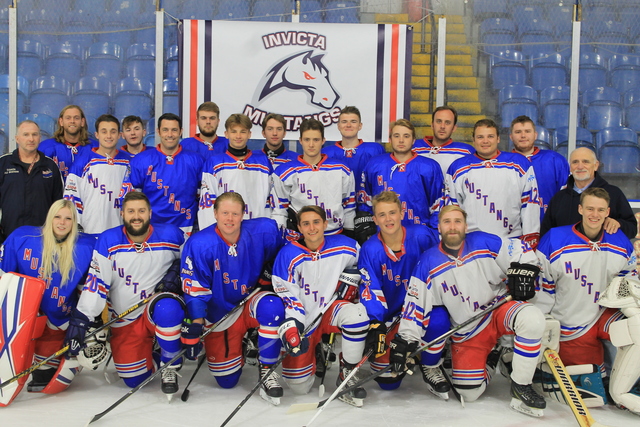 The team, managed by Tim Schofield, are the second senior ice hockey team based in. The season runs from September to April with home games usually played Saturday at the Silver Blades Ice Rink.

The club was founded in 1998, initially as a junior team. They made the transition to senior hockey for the 2001-2002 season, entering the old ENL South structure. For the 2003-2004 season, the Invicta Dynamos dropped from the EPL to the ENL South, meaning the Mustangs were pushed down to the ENL 2, where they have remained ever since.

The Kent team are going from strength to strength and we wish the Mustangs all the best with the current season.