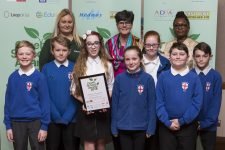 Love was in the air at the Green School Awards on Valentine’s Day with 27 schools honoured for their efforts in caring for the environment. London and South East Green School Awards Champions 2019 plus supporters celebrate at Ashford International Hotel.

The fourth annual event, staged by Inspire Schools at the Ashford International Hotel, celebrated the top eco projects carried out in schools and the wider community to inspire the next generation of green heroes.

Sponsoring the Walk to School Scheme and attending on behalf of Countrystyle was Sales Consultant Jolene Simionato who handed out awards to pupils to Walk to School Winners. Commenting on the day, she said: “it was a truly marvellous event to see the pupils engaged with greener travel and taking more cars off the road”.

Secretary of State for the Environment, Michael Gove, described the awards as a “great example” of engaging young people in protecting the environment – a key goal of the government’s drive to make 2019 a Year of Green Action. 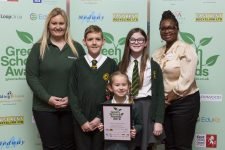 Simon Dolby, chief executive of Inspire Schools followed with: “It’s apt that on Valentine’s Day we celebrate our love for the environment and everything that schools are doing to protect and conserve it. 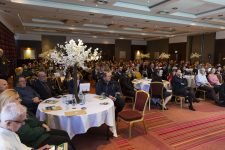 “I would like to congratulate all of our winners, whose work is the epitome of ‘think global, act local’. They are equipping young people with the tools and enthusiasm to make a real difference – and creating green ambassadors of the future.”

The event included a performance from Priory Fields School Choir from Dover, who won last year’s Walk to School Song Contest. The children sang their version of the S Club 7 song ‘Reach’ – which they renamed ‘Reach for the Bus’ and featured their own lyrics – followed by ‘This Little Light of Mine’.